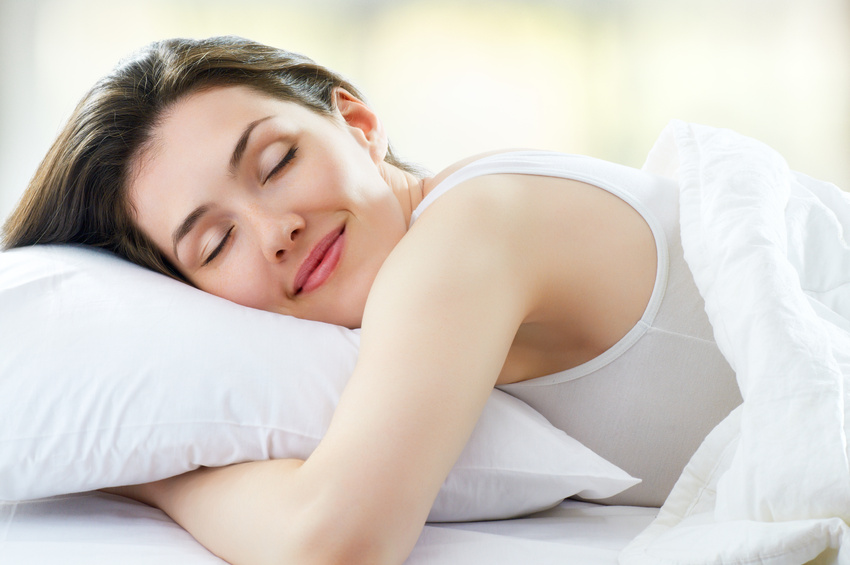 We have spoken about various tips and tricks related to sleep on the Bedroom Solutions’ Blog in the past. Even though we spend one third of our lives sleeping, we know very little about it and today we’re going to share some things that you probably didn’t know and therefore ignored about sleep; 14 facts that will make you sleep wiser!

Hypnic jerk is that moment when you wake up suddenly as you are falling asleep because you felt like you fell.

The only existing explanation to hypnic jerks at the moment is that they tend to happen when one is about to fall asleep but remains awake.

Scientists have yet to determine the reason as to why those hypnic jerks happen.  But what is relieving to know is that they are not the result of any sleep disorder whatsoever.
However, what has been discovered by specialists is that toddlers are the ones who experience hypnic jerks the most. Thankfully, the more we grow up, the less we are bond to experience them.

Other studies have shown that this phenomena is recurrent in people who are lacking sleep, as well as those who tend to consume caffeine, alcohol, or those who suffer from sleep disorders.

You can also get this feeling if you have a power failure while lowering your adjustable bed, but most modern adjustable beds have safety mechanisms to prevent that.

« Somniphobia » is a phobia some people suffer from, and it corresponds to the fear of sleep.

This is a phobia that tends to appear more in younger people who are not yet used to sleeping and to the whole basic concept of sleep.
Somniphobia is usually caused by different factors such as:

Each night you take your phone with you to your room, you are expected to lose around one hour of sleep, a study has shown.

It is advised of you to get your phones out of your rooms in order to not miss on any hours of sleep. It has actually been discovered that in comparison to people who sleep without their devices in the same room as them, people who do tend to lose at least one hour of sleep. Actually, this is something even I’m guilty of; a lot of people take their phones to bed to deliberately delay falling a sleep. We talked about this under sleep procrastination.

Some people may sometimes fall into what we call microsleep while being unaware because they haven’t been getting enough sleep.

You know that moment when you fall asleep in the middle of a lecture for a brief period, totally exhausted, then wake up suddenly, feeling completely lost, before realizing that you were just nodding off due to your extreme fatigue? That phenomena is called ‘microsleep’. It basically refers to when someone gets completely disconnected from the outer world as they fall unconscious for a short while.

This phenomena actually tends to happen more to people who are suffering from sleep deprivation or those who have been dealing with insomnia for many days in a row.

This reaction of your body can basically be explained by the fact that your brain is trying to protect you by making you catch on the sleep you have been missing. But it can also be dangerous depending on where you have your microsleep!

1 out of 50 people on our planet are people who need very little sleep every night to feel good.

According to some study, there are some people in the world who don’t need the 7 to 9 hours of sleep usually recommended to feel rested. The study has shown that those people, despite having slept for only a few hours, have no problem passing all the tests testing their focusing and increased productivity. Even more than that, short sleepers (that is what they are called) can usually rely on power naps only to go through their days with enough energy unlike most people who need around 7 hours of sleep to function properly.

1 out of 50 people on our planet are the opposite and are people who need many hours of sleep to feel good.

Don’t be surprised if you can’t sleep well when you go hiking for days.

It is a well known fact that the closer you are to the sky, the less oxygen there is in the air. Naturally, that means the quality of your sleep decreases as well.

Because there is less and less oxygen in the air, it becomes much more difficult for you to breathe, which leads you to sleep very difficultly. However, the good thing is that you can actually get used to sleeping in high altitudes after some weeks. It is then that you get more comfortable sleeping despite the lack of oxygen.

Do you know what the first remedy to sleep apnea was? Sleep apnea was first cured by a machine that was made from a vacuum cleaner.

Sleep apnea was actually treated thanks to a system based on the way a vacuum functions. Basically, the machine consisted in doing the opposite of what a vacuum does: it blows air outside rather than sucking it inside. With time, machines and technologies evolved and nowadays people who suffer from sleep apnea have their own machines that help them deal with their condition.

It isn’t unusual for people not to breathe for a while while they are asleep, even if they don’t realize it.

This phenomena is called sleep apnea. It is actually a sleep disorder we have already talked about on our website.

Basically, what happens is that one’s breathing gets interrupted several times during the night (it may go until 30 interruptions per night) because the brain doesn’t realize that it is in need of oxygen.

In most cases, this condition isn’t necessarily dangerous. But what is interesting about it is the fact that most of the time, people aren’t even aware of the fact that they are suffering from sleep apnea, until someone else who sleeps next to them tells them.

Snoring can be caused by several factors you may have not thought about before like menopause, loose throat muscles, sleeping directly on your back, etc.

As we have explained in a previous article of ours, snoring is a very common condition. Basically, it is when your throat’s muscles are way too loose which blocks air and doesn’t let it flow freely through your mouth, which results in the sounds you make at night. What usually tends to make your throat obstructed is you sleeping completely flat on your back, or not having the adequate pillow, which leads to your throat muscles to soften and thus block the air from entering properly.

Naturally, having a dry throat (because of not drinking enough water), smoking and alcohol have a direct impact on your throat’s condition, and usually promote snoring.

And when women reach their menopause, they sometimes tend to become prone to snoring as their throat’s tissue looses its elasticity due to the lack of collagen caused by the menopause.