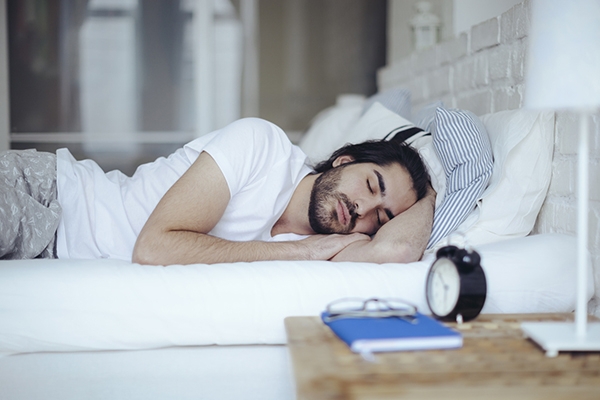 How much do you actually know about sleep, except the fact that you are supposed to sleep when it’s dark and wake up when it’s light? Sleep is a subject that fascinates and interests so many scientists. If there’s anything every child and adult needs, it’s sleep! It is said to be highly revealing of a person’s identity and personality, and studies are done to discover just how many secrets sleep hasn’t told us yet.

And because we seem to ignore so much about sleep, lethe’s try to learn things that you probably haven’t been told yet.

Ever heard about the “Maggie’s Law” in New Jersey that prohibits driving while sleep deprived?.

We are all worried about falling asleep while driving – whether it happens to us or to any other person we know or may not know. The thing is that, of course, lack of sleep is extremely related to that. When we don’t get the amount of sleep we need, our neurocognitive functions are altered, which causes memory problems and sometimes even leads to attention and concentration issues,  which are all crucial and necessary for safe driving.

The worst is that some studies have shown that sometimes, some people who are sleep deprived are not even aware of being less successful at work. And thus, not only is the situation worse, but moreover, we do not realize it and our perception is very disturbed.

It is possible to sleep all night with your eyes open and feel totally refreshed in the morning.

According to specialists, there are lots of people who sleep with their eyes open (some regularly, others from time to time) and even if we do not really know why that happens, it is somehow completely normal and it does result from any kind of sleep disorder.

MRI shows that certain areas of the brain may be more active during REM sleep than when one is awake.

Among the most active areas of the brain, there is the thalamus (the envelope of the brain that interprets and processes the information of the memory from the short to the long term) and the amygdala (which allows the process of emotions) and which makes scientists believe that during REM sleep, our brain is trying to classify all information it has absorbed through the day from our head thanks to dreams and get rid of what is useless

We tend to think that REM is essential for improving our memory skills and keeping our brain in check. And that by storing the neural connections made during the day or perhaps getting rid of the unused ones.

Sex and texting while sleeping exists, and these are two forms of slow sleep parasomnia.

Sending text messages and making love while sleeping are sub-categories of slow sleep parasomnia (called abnormal nocturnal behavior), just like night terrors and sleepwalking are. And in either case, the person who is suffering from parasomnia does not even remember their texting conversation or trying to make love to someone, which can usually lead to either hilarious scenarios, or catastrophic ones…

A human being spends an average of one third of his life sleeping.

Isn’t it common knowledge that we all are supposed to get eight to seven hours of sleep every night? It is thus only normal for us to be spending a whole third of our lives sleeping and for most of us lost in dreamland.

No one can get their body and mind used to needing less sleep.

You absolutely shouldn’t expect yourself to get used to getting fewer hours of sleep every night. Studies have shown that we need as much sleep as our genetic predisposition has defined our bodies to, i.e. usually between seven and nine hours, and we can not train ourselves to work better and like we normally do while sleeping less. Contrary to popular belief, you cannot survive with less than 5 hours of sleep.

According to research, once sleep is lost, you cannot get it back.
If you want to no longer feel tired at any moment, then you have to go back to getting the normal amount of sleep you need. And that is why rather than trying to sleep 12 to 15 hours in only one night to kind of get back all those hours of sleep you have missed, it is much more efficient and honestly more practical and less of a burden to get used to sleeping for seven to nine hours, and sticking with it.

All the people who are lacking a lot of sleep end up falling asleep while watching movies in cinemas, suffering from mood swings or downing countless cups of coffee every day. Because as it has just been stated above, nothing replaces sleep.

Despite common belief, humans sleep much better when alone.

When you compare your nights sleeping alone with your nights sleeping next to someone else, and look at the amount of times your sleep was interrupted or restless in both cases, you realize that it’s a much greater deal to sleep alone. People can say they’d rather sleep when their partner is there but that is actually just and impression as we naturally sleep much better alone. And of course, people who have enough room for two (or more) and those who can afford having king-sized beds are not concerned by this.

According to some research, there are several ways to explain why it is better to sleep alone:

All this can disturb and hinder sleep.
So if that’s something you’re suffering from, it is advised to buy ear plugs or a sleep mask to make things easier for you.

It happens that we wake up in the middle of the night to realize that we can not move anymore.

It’s normal and actually very common among people who are lacking sleep. What basically happens is that while your body is completely rigid and paralyzed by REM sleep, your brain is fully awake and alert (that is how you realize that you are no longer asleep). It can be extremely scary to wake up in such a condition, but worry not, it is totally normal and not that dangerous.

This phenomena happens because, according to scientists and sleep specialists, during REM sleep, we are dreaming, and in order not to move while sleeping during our dreams, our mind has sort of developed a protective way for our body to stay paralyzed in order for us not to move during our sleep.

The opposite of this paralysis is the behavioral disorder of REM sleep: the person has dreams while sleeping but forgets all about it in the morning.

For some people, the muscles are not paralyzed during sleep: this is the behavioral disorder in REM sleep. That is why when such people are dreaming and they are having fights in their dreams, they might start punching and kicking int their beds, despite being completely asleep, which can be dangerous, especially if they are sleeping next to someone.

We all know that our dreams aren’t always about flowers and butterflies, but rather very stressful and dangerous, which is why people who suffer from this disorder have to find a way to avoid any catastrophic situation due to their condition.