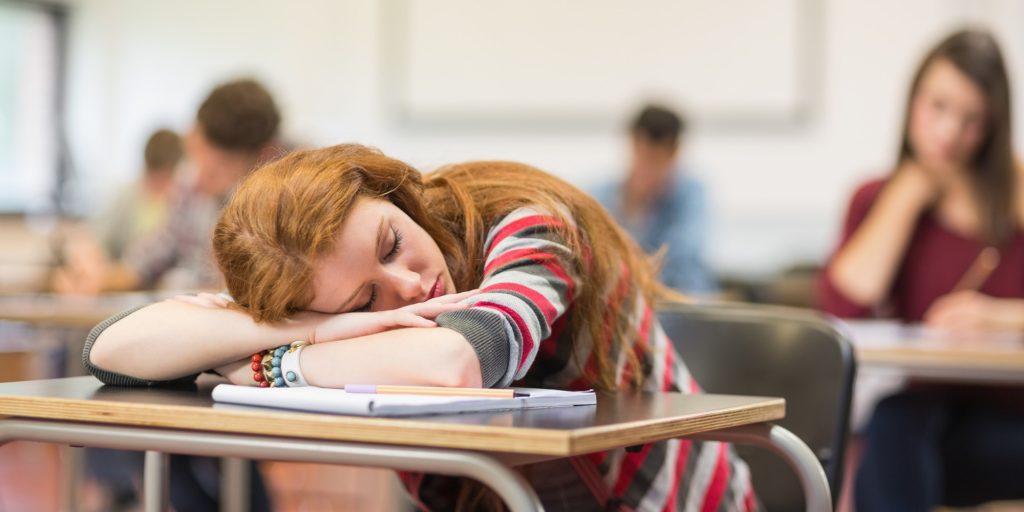 You fall asleep suddenly, in the middle of a meeting (that’s normal!), while driving (that’s much more serious), in the middle of a conversation (this, sadly, can be misinterpreted by your interlocutor…) or in your Leggett & Platt S-Cape adjustable bed you recently bought. You are neither lazy nor a party addict nor impolite: you may be suffering from narcolepsy. But don’t worry, therapeutic solutions exist.

Narcolepsy is a rare, certainly auto-immune disease that affects both men and women. It is not stress related, but rather due to an attack of neurons that secrete hypocretin, a key substance in the arousal circuit. It is manifested by significant daytime sleepiness and cataplexy, a sudden loss of muscle tone, most often related to positive emotions such as laughter. This fall in muscle strength usually affects the muscles of the face and jaw, those of the neck, and sometimes the arms and legs. With consequently the risk of falling. This is perhaps the origin of the popular expression: to collapse with laughter?

The sleep access is short, about 20 minutes. People dream and wake up in a great shape. And then, two hours later, there is another collapsing.

Up to now, the triggers of narcolepsy are still not that well known

There are genetic factors, which happen to rarely be hereditary.

There are other possible reasons for this disease, such as:

that could be a triggering factor.

Finally, a study published in a scientific journal has shown that the H1N1 vaccination had multiplied the incidence of narcolepsy by many times. 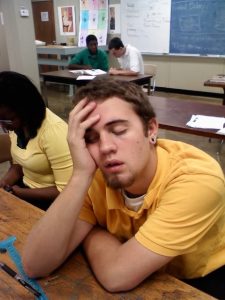 Of the approximately 20,000 people with this disabling disease in Europe, less than 1/3 are diagnosed.

As it affects young people and teenagers, drowsiness is unfortunately trivialized. People tend to blame it on « growth », or « a stroke of fatigue », etc. … When there are severe cataplexies, the diagnosis ends up being faster. Finally, before talking about rare diseases such as narcolepsy, we must verify that the patient does not have a sleep debt or depression causing drowsiness. Only the measurement of hypocretin in the cerebrospinal fluid makes it possible to formally determine the disease.

The main treatment is based on psychostimulants (Modiodal®, Ritaline® …) intended to combat drowsiness and certain anticatoplastics such as Xyrem® or Effexor®. As their mechanisms of action are different, they are sometimes combined if necessary to find the most effective and personalized treatment.

Since it is an autoimmune disease (antibodies / lyphocytes in the body destroy the neurons that produce hypocretin), immunosuppressive drugs can be considered if the disease is managed early enough before the total destruction of hypocretin. But often, they are given too late compared to the beginning of the disease. There are still eight years of average delay for a diagnosis. And when people no longer have hypocretin, it’s irreversible because neurons are no longer functional.

It is for this reason that teams are working on the development of molecules to restore the latter. The ultimate idea is to be able to give hypocretin as we give insulin to the diabetic. But for the moment, this is not possible because the hypocretin must be injected into the brain. It is invasive and requires a complicated procedure. And the operation should be done frequently because the molecule is degraded. Insofar as psychostimulants work, this is still not envisaged at the moment by doctors. 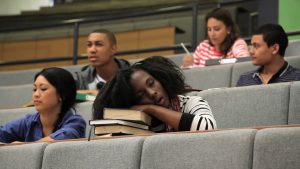 Idiopathic hypersomnia is at least 5 times more rarer than narcolepsy: it is estimated to affect about 1 person per 10,000 but no epidemiological study has been conducted to date. It is most often essential, starting in childhood or adolescence, without triggering circumstances. Its evolution is chronic, persistent until old age. It is due to genetic conditions in 40% of cases and can be very disabling socio-professionally wise.

The diagnosis of idiopathic hypersomnia is made when the possibility of other diseases is ruled out such as sleep apnea syndrome or narcolepsy.

In idiopathic hypersomnia the person is more or less continuously drowsy during the day without improving their performance. The patient seems to be in perpetual sleep debt and they rarely feel fully awake. This daytime hypersomnolence can lead to automatic driving. What sets it apart from narcolepsy is that there is:

Manage Cookie Consent
To provide the best experiences, we use technologies like cookies to store and/or access device information. Consenting to these technologies will allow us to process data such as browsing behavior or unique IDs on this site. Not consenting or withdrawing consent, may adversely affect certain features and functions.
Manage options Manage services Manage vendors Read more about these purposes
View preferences
{title} {title} {title}
10
SHARES
10