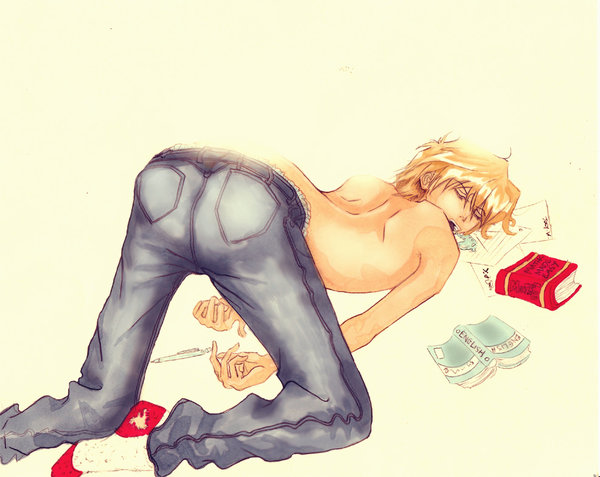 Benefits of the different sleep positions

1. Sleeping on your Side:

This touted to be extremely beneficial for anyone with sleep disorders like insomnia, sleep loss and sleep impairment. How so? Scientific research has shown that you’ll easily catch more rest while sleeping on your side; and in this position you’re much less likely to experience sleep disruption. Aside from the nocturnal ones with sleep disorders, other groups of people for whom sleeping on the side is highly recommended include people with: 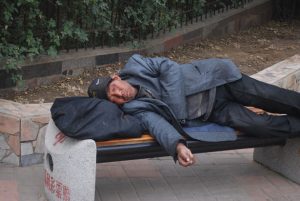 It is appreciated that sleeping on your side alleviates the pressure and pain imposed on the body’s pressure points and aforementioned key common body complaints. Side-sleeping does not even necessitate the use of a pillow or to use your lower arm as a pillow: this is because your neck will be naturally supported while your lower shoulder is completely hunched (your neck tends to obey gravity by reflexively deviating to grounding). 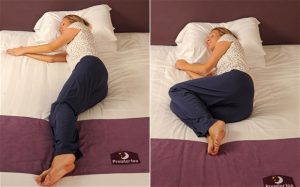 Sleeping on your side can be enacted in several variations of the position, but you’re sure to be most comfortable with your knees curled up towards your chest area while lying on your side. There may be a minor traction formed in the lower back area (about the cervical spine).

2. Sleeping on your Back:

Otherwise called the Supine sleeping position, lying on your back has been known to be counterproductive to sleep by inducing :

Not to rule out sleeping on the back.. A recommended remedy to counter the potential risks of the supine position is by anchoring the knees so that they’re a little elevated; and this could be by placing a rolled towel or soft pillow right beneath the knees. This should naturally align the body, inclining the body’s spine to its natural curvature. 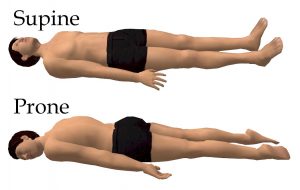 3. Sleeping on your Stomach:

So far this may very well be the least favored of the aforementioned sleeping positions, lying on your stomach, also known as the Prone sleeping position. Sleeping prone is not recommended by medical professionals, more so sleep experts…They warn that sleeping on the stomach poses the following risks:
Prone sleepers experience constant tossing and turning in bed in a bid to settle in a comfortable sleeping position

Persons suffering from sleeping disorders are altogether advised against the Prone-position which only further complicates their sleeping disturbances. 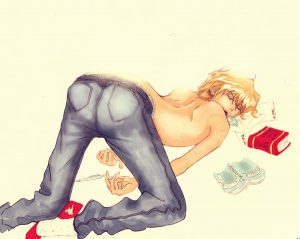 Nonetheless, the prone sleeper is advised to keep most complications at bay by simply doing without a pillow, or, if absolutely necessary, to get by with a very soft pillow. The cushioning of a pillow is deemed unnecessary in this sleeping position so as to avoid having the sleeper’s neck anchored in awkward uncomfortable angles relative to the spine. On our review of the best memory foam mattress brands, we recommend firm mattresses for stomach sleepers.

Consensus on Most Favorable Sleeping Position

There is to no surprise, a faction of sleep scientists who insist that sleeping on the back (Supine-position) is actually the most recommended way to sleep. Perhaps this has a lot to do with how parents are advised to lay their infant babies in supine positioning, or why inpatients admitted in hospital wards are made to lie down this way by default on their hospital beds. Supporting supine as the healthiest sleeping position is a number of reasons advocating sleeping on your back: 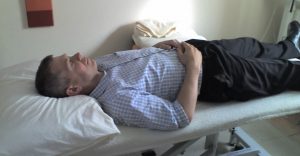 The ultimate supine sleeping position is specified as lying on your back with your head inclined with an elevation of about 10 – 30% for optimal comfort and rest. Case in point, for instance, is lying in a hammock… Even in historical native tradition, the default lying position was inevitably lying on the back in supine position, with that elevation for the natural curvature of the spine — as opposed to lying down on flat level spaces.

It may take a while before you can literally train yourself into a sleeping position that is different from the sleeping posture you naturally and automatically take on when you fall asleep. 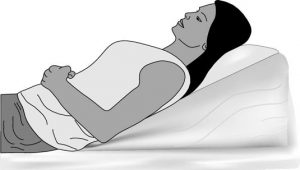 To enact the proper and supposedly healthiest sleeping position, consider grabbing a couple of pillows, a mattress foam wedge, using block chips to raise the bed at the headboard side, or alternatively using an adjustable bed instead. Ideally, you should have both the head area and leg area elevated, as in an adjustable bed, but only to an optimal comfortable positioning. The wedge foam will go under the leg area to take care of the slight inclination of the legs. Your resultant sleeping position will be almost akin to resting on a reclining chair while leaning your back. It shouldn’t feel unnatural or strained but rather, relaxing, accommodating to the shoulders and back, aligning with the spine, and just right for perfect slumber.